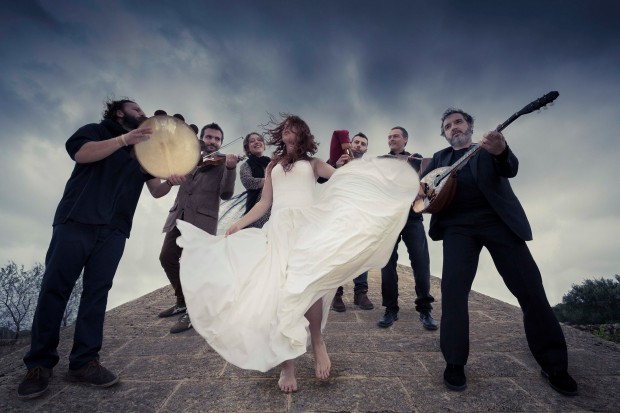 The weather forecast had not been promising, so we scanned the skies, wondering if the rain would stay away. Open to the elements, the greenery not quite masking the outcrops of brutalist concrete, the QEH’s roof garden would have made a less than Mediterranean setting if the heavens had opened. But in the end, the British summer held firm, and the only distractions came from noises off: trains on Hungerford Bridge, the clatter of a police helicopter, the metronomic thump of a disco boat on the Thames

Mauro Durante and his six colleagues took it all in their stride. (…)