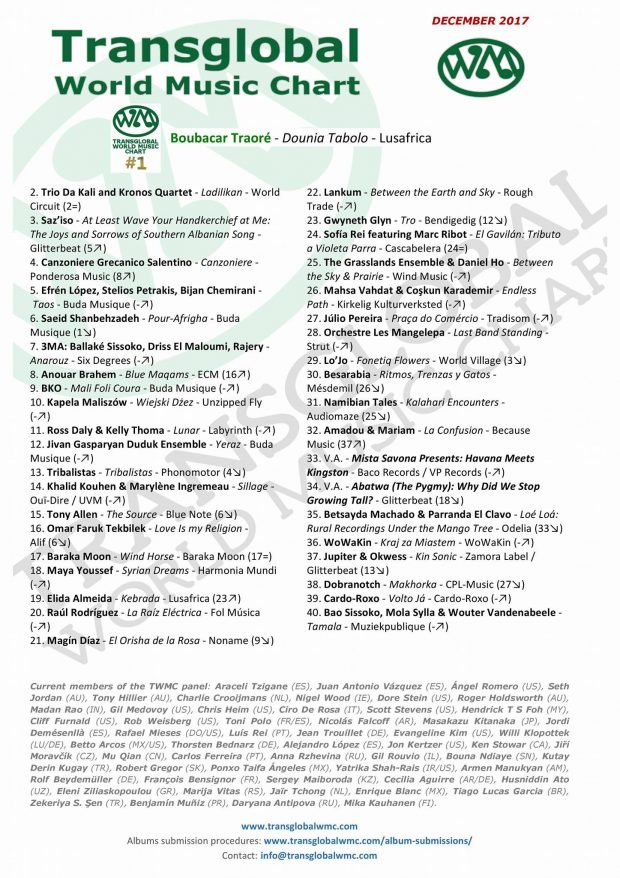 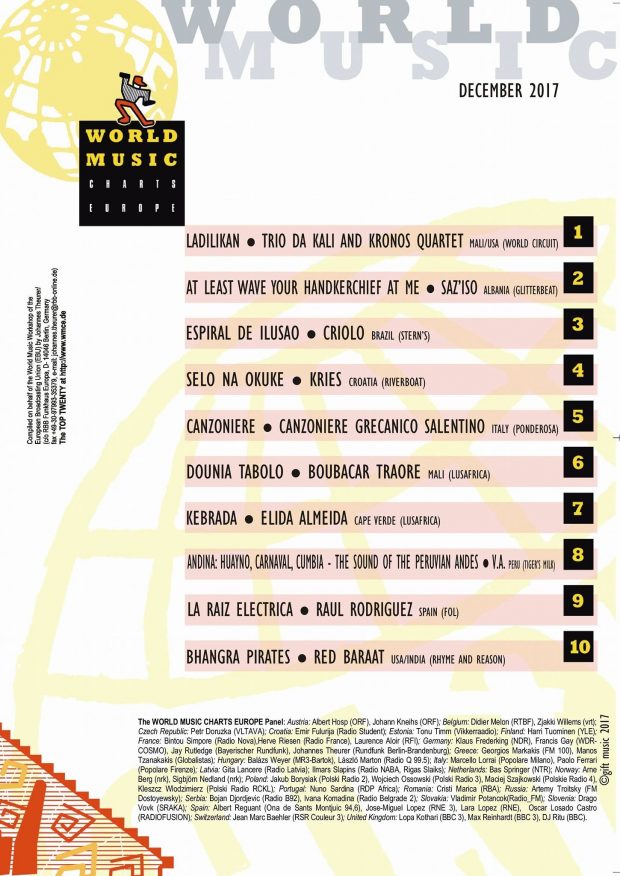 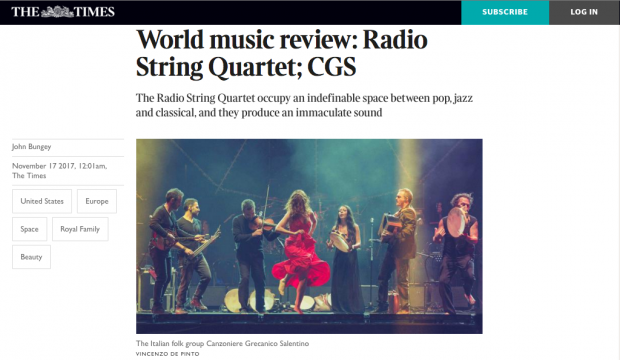 CGS is the more easily pronounced acronym for the dynamic south Italian folk group Canzoniere Grecanico Salentino. Their leader, the violinist Mauro Durante, is probably the most exciting feature on Ludovico Einaudi’s world-conquering chill-out albums. This is a record also looking for an international audience. The band’s mesmeric pizzica folk style blends into soul ballads and hook-heavy pop anthems that Durante created with some big-hitting New York songwriters. Such projects can yield vapid crossover gloop, but Canzoniere, full of colour and character does not compromise its gutsy pizzica roots.

Of course, Anglo-Saxons will have to conquer their suspicion of listening to anything not sung in the Queen’s English (why no translation of lyrics in the sleeve notes?), but Canoniere is worth the trouble. 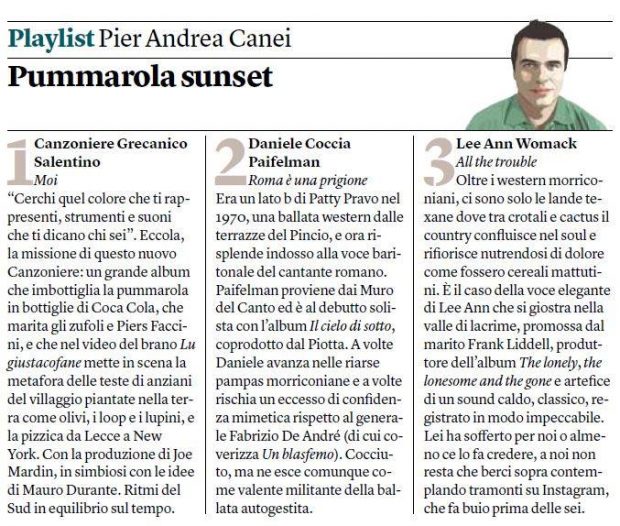 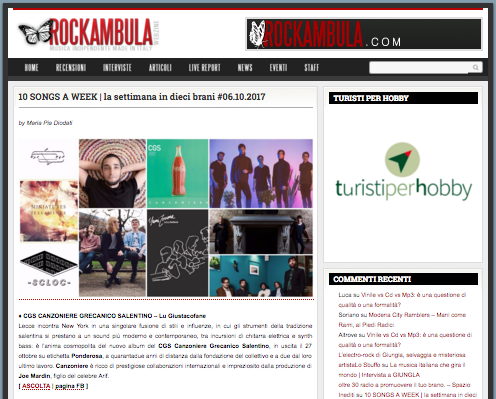 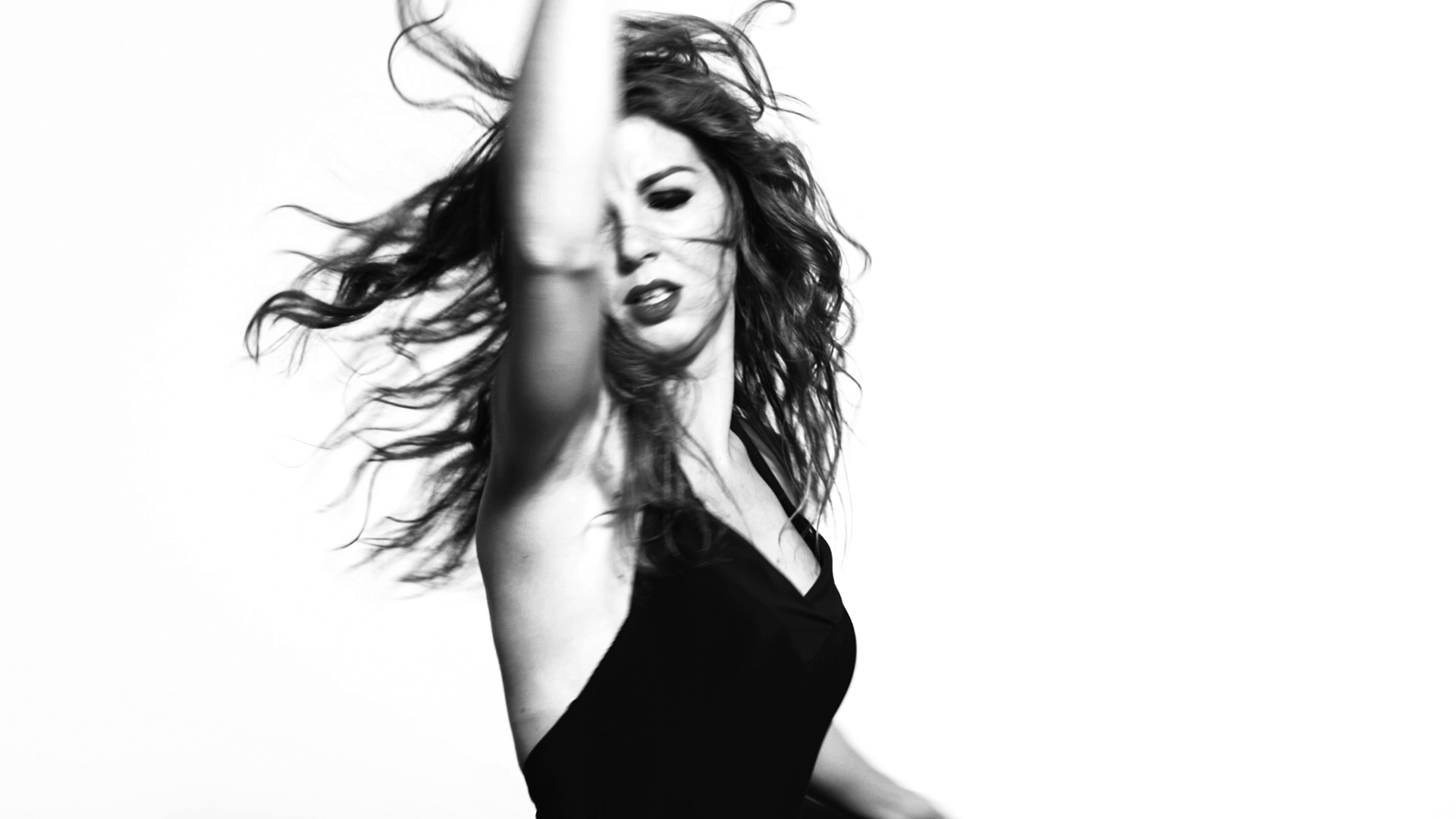 Italy wasn’t a single nation until about 150 years ago, and there are some really fascinating regions that remain distinct. A case in point: the cultural, artistic and linguistic traditions that ground Canzoniere Grecanico Salentino (CSG), who come from Salento, on Italy’s “boot heel” in Salento, Puglia. Much of their music is based on the taranta (also known as pizzica), a dance rooted in ancient local trance ritual.

Forty years after its founding, CGS is now in its second generation of members, but they haven’t lost their roots. And they’ve pushed their sound into the 21st century through collaborations with other artists. Their new song “Taranta” finds them working with popular Italian composer Ludovico Einaudi, who co-wrote the song with the band’s leader, Mauro Durante. 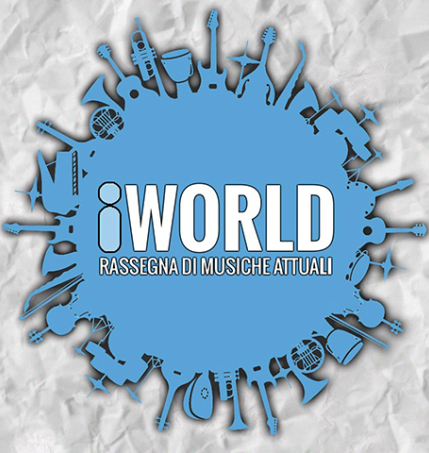 Canzoniere Grecanico Salentino – Quaranta. This ground-breaking group from the heel of the Italian boot marked its 40th anniversary with a fine album of traditional sounds that are made modern not through electrification, but through sophistication and craftsmanship. Beating frame drums and singing soulfully, the group embodies the working-class heart of the music, but makes it plain they are professionals.

Not Quite a Top Ten List of World Music 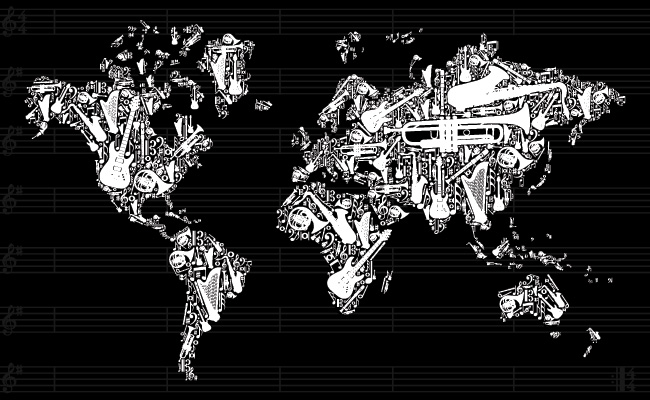 This year I’ve enlisted some writers from beyond the PopMatters universe to compile our best-of list: Cliff Furnald, founder and editor of Rootsworld, the online world music magazine, and two regular Rootsworld contributors, Lee Blackstone and Michael Stone. Michal Shapiro is a New York-based videographer who regularly covers international acts. She contributes not album reviews but videos of three memorable performances from the past year.

Furnald, Stone, and Blackstone each have chosen three albums; my pick rounds out our top ten. The list is in alphabetical order according to the performer’s name, followed by links to Shapiro’s videos.—George de Stefano

The past year was a landmark one for Canzoniere Grecanico Salentino (aka CGS), a band from the Salento peninsula of Italy’s southern Puglia region. The road-tested ensemble has attracted a devoted following far beyond their home base, thrilling audiences throughout Italy, Europe, North America, and Oceania (Australia and New Zealand) with their up-to-date take on pizzica tarantata, a centuries-old folk form that originally was a ritual healing music. The band was founded in 1975 by singer-songwriter Daniele Durante and his cousin Rina; Daniele’s son Mauro, a virtuoso violinist and percussionist, heads the current edition. Quaranta (40) acknowledges the band’s history while the American folk/world music producer Ian Brennan leads them in some new directions. There’s less pizzica than on its predecessor, Pizzica Indiavolata and more contemporary folk music and folk-derived material; there even are Appalachian echoes (“Pu e to rodo t’orio”). Just as noteworthy is the album’s political stance, with protest songs that take on environmental destruction, unemployment and poverty, and immigration, past and present. With Quaranta, Canzoniere Grecanico Salentino has made an outstanding album that feels both of the moment and timeless. 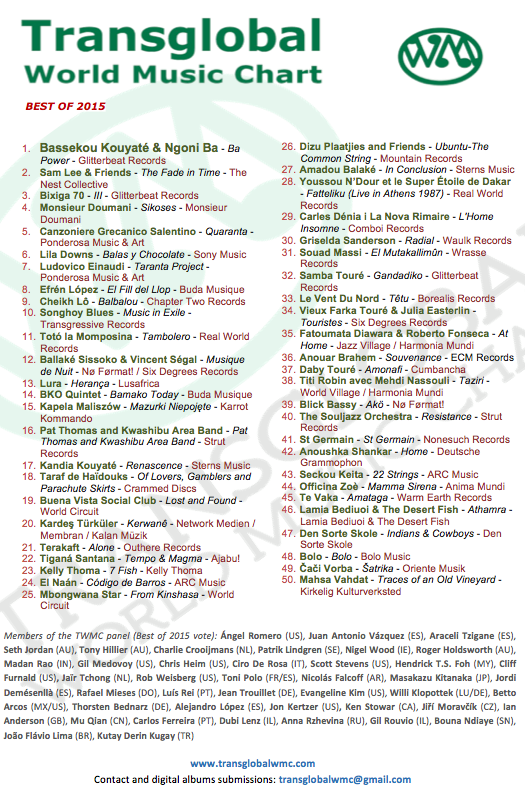